Scene Tracking SDK for Unity is a proprietary technology that provides stunning AR experience can be used to recognize table-sized plain surface patterns and place the target to the tracked surface.

The recognition does not rely on an extra object or particular images but it tracks features points of the physical environment.

The application shall be

PlaneGroup is a group of the 3D objects in the form of Plane, to indicate a flat surface that user can place the objects.

In Center-Placement mode, the 3D Model will always be placed at the center of the screen, therefore the placement position will vary according to the different head rotation of the user. For example, if the user want to place the 3D model on the left side of the screen, he/she will need to rotate their head in anti-clockwise direction, vice-versa.

Placement of 3D model on the Virtual Plane will be triggered when user tap on the screen. 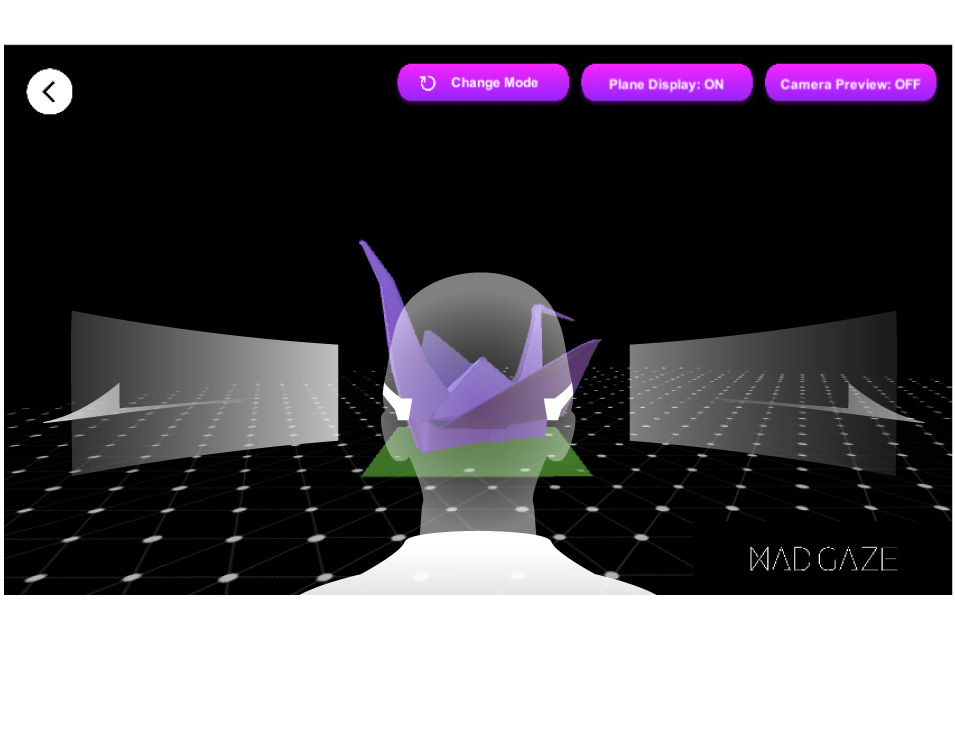 Placement of 3D model on the Virtual Plane will be triggered at the point the user release their finger from the screen.

Enabling Camera Preview may distract users from AR Experience. We recommend developers to provide this option in the application, but allow users to decide whether to turn the camera preview on or off.

This API does not shut down the camera, but the camera preview will be hidden in background and not shown to the user.

To turn on the camera preview,

To turn off the camera preview,

By default, the control mode is set to Center Placement Mode.

To understand the differences between Control Modes, please see Methods of Control.

In Scene Tracking, there are two built-in Animations that may show up in the following conditions,

The corresponding GameObject(s) will be enabled/disabled in above situations automatically.

Developers can change the animations with the following code snippets.

If developers need to change the prefabs while building apps with demo scene, it can be done in Controller/SlamDemoController (PlaneSearchingPrefab and TargetPlaneLostPrefab).

Create/Change a 3D Model to Clone

To use your custom 3D models, you will need to create a prefab with your 3D model from MAD Gaze SDK before applying it to Scene Tracking.

Virtual Planes can be found under PlaneGroup (World > Target > PlaneGroup). 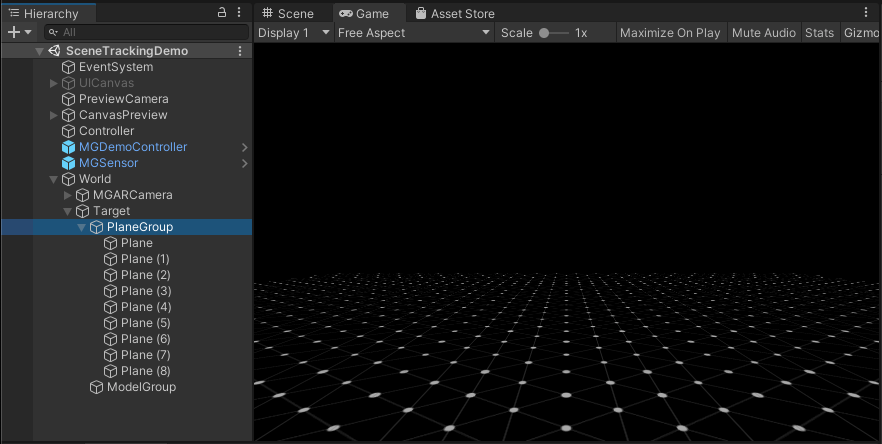 Virtual Planes can be found under PlaneGroup. (World > Target > PlaneGroup).

Developers should never disable the GameObject(s) of PlaneGroup. Disabling the PlaneGroup will result in malfunction of 3D models placement on the plane.

To turn on the Virtual Planes,

To turn off the Virtual Planes,